My 11th day - a random wander around Florence and a gentle bimble afterwards.

Those who read yesterday's ramblings may have guessed that Kristin might not be up to riding a scooter in Florence traffic in the morning - it's a bit different to CA traffic - no-one looks at the cars, you spot the gaps, just as in London. So the Hornet carried two people this day, and zero adjustment needed as I (like Bill before me) run on suspension setting three and a couple of PSI over the median tyre pressure recommendation as standard. All I can say was apart from being in an unknown city (so which road next?) it was water off a duck's back to me, and so we ventured in.

It was soon apparent that there was a small problem - helmets clashed on acceleration. My upper body height absolutely matched Kristin's with the tiny passenger elevation of the very comfy GT200 seat - and I couldn't help rocking back a tad when giving the Hornet some juice. Kristin worked out how to get around this - firm hand placed on my back - and all was OK after that.

Eventually we managed to find a parking spot near the Duomo (cathedral), and I had the wit to remember a few RPs should we come back from a different direction. We saw the Duomo (from the outside) and wandered on - hunger set in, so we stopped for lunch, and yet again the Italians managed to give Kristin exactly what she required without fuss - and that went for me too.

Much meandering later (thankfully missing most of the touristy bits so far) we stumbled on the river. 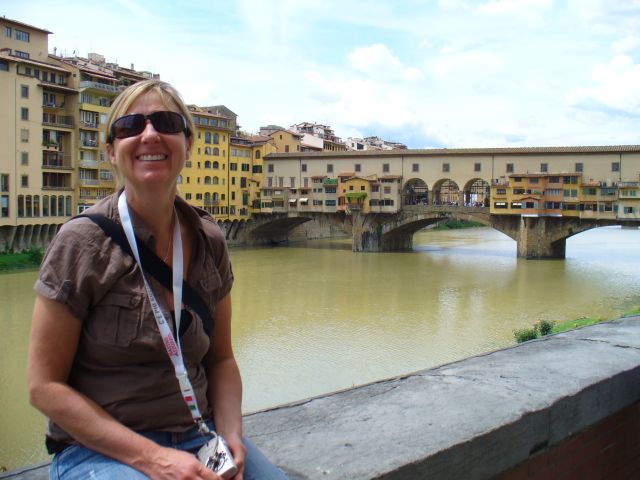 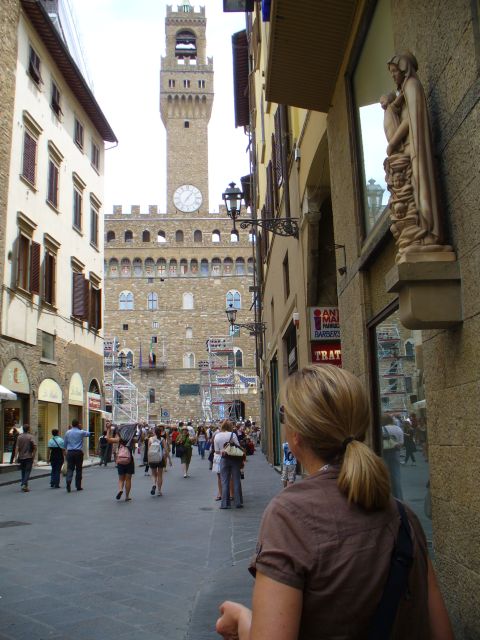 I needed a coffee, which took an age to arrive and pay for, and then started the task of finding our way out. We eventually made it, and had a grand ride up and around. At the top of the circuit - a hydro lake - very peaceful. 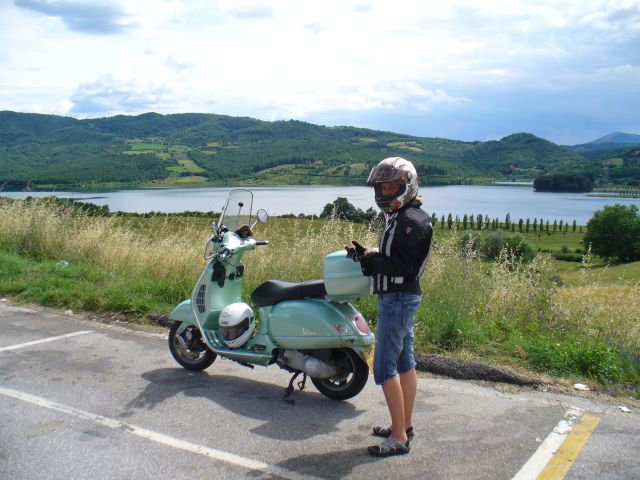 We got stuck behind a queue of cars behind a bus - with two-up, the Hornet just doesn't have the grunt to do those 2-second overtakes - no way Jose. So I stop - just as well, as the best way back was up a road to the left just behind us (to the right once I'd turned round). Plus there was a bar - thank deity, I needed a coffee, and Kristin found something (what was it?) that she seemed very grateful to be eating. There was a delightful elderly lady behind the counter who jabbered away with enthusiasm and delight at the Vespa outside, all the way from Blighty! Whatever she was on, it should be bottled and sold - peace to the world. :)

The last few roads back caused some gasps - some from the amazing views, some for the state of the road! Some gravel was encountered - not too bad, but one stretch was so awful that I just stopped, Kristin leapt off, I went through, Kristin leapt back on - no way would either of us have considered riding over that (very downhill, large rocks in amongst the gravel) two-up. 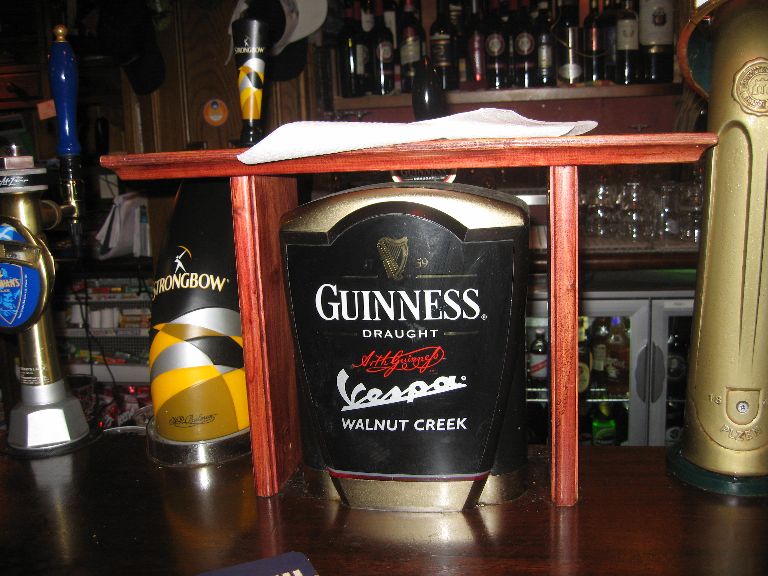 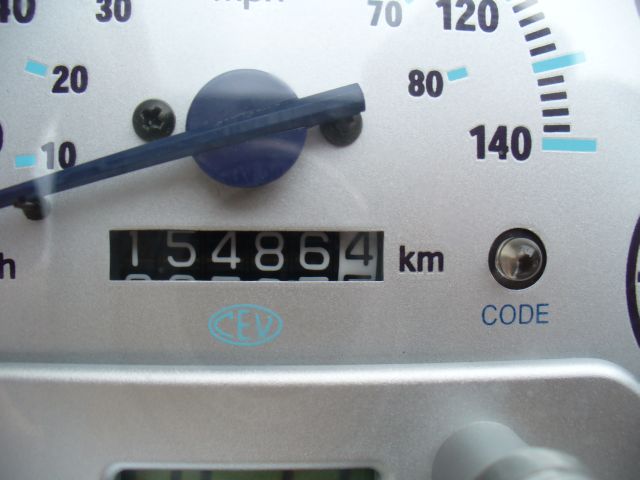