The three-day trip pt1 - near Walnut Creek to near San Luis Obispo.

Yesterday we had roughly decided on the routes for the "3-day trip" which Kristin had so thoughtfully spaced into her busy calendar. The idea was to get down south some miles on the freeway, then head off onto Hwy 25 via Hollister, and get to her sister's place just north of San Luis Obispo. The second day should be a leisurely trip up Hwy 1 to Aptos, where we would stay with Gay-Ann, and then home.

First off, Kristin wasn't ready just yet for freeway riding on the LX150 (I suspect this POV might have changed by now!), so this was to be a two-up excursion on Jess's MP3 500. Remembering a leetle bit from track-day talks, and assuming some hot roads and some full-out riding, I allowed the rear tyre pressure to stay where it was, fully 5 PSI below the recommended NTP settings for two-up. This worked very well with the new-ish City Grip rear tyre.

Plan - 680 'darn sarf' and recce the restaurant for the start of the forthcoming three peaks ride just on the outskirts of San Jose - which ride I had averred I would be attending as "MV Mystery Rider" - that moniker has now been willingly debunked of course! Then veer off via Hollister to Hwy 25 and onto Kristin's sister Holly's abode.

We overshot the San Jose rendezvous by fully 10 miles, and Gertrude had an interesting time trying to find her way back via surface streets. This was when I realised that the new wonderful USA maps I'd inserted gently into Gertrude didn't contain any routing info - these newer maps assumed this was a more modern device which could sort that out by itself. No, sorry, Gertrude is an S&M lady, she needs to be TOLD! She got her own back, the b*tch.

We did have a good breakfast though - banana pancakes for me - and I couldn't finish them!

Into Hollister was a straight-line double-yellow frustrating drag. Thereafter was bliss. I do recommend Hwy 25!

Twisties for 38 miles! YAY!!!!! Truth be told, most weren't that twisty, but they were entertaining. Thank Deity for zero other traffic, as those assinine double-yellows were making my eyes bleed. 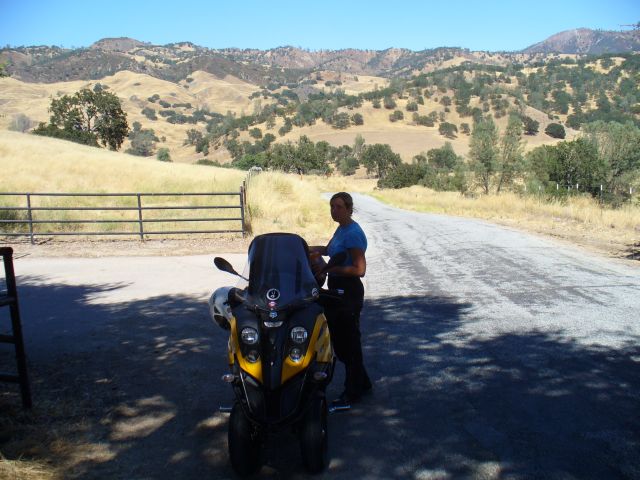 Then Gertrude hiccoughed. The intended route was ignored, and we went what could have been a more boring way - but as it turned out was downhill and fast with just a few cars to play with, so the end result was resigned satisfaction.

We went straight to the coast, just opposite Morro Rock: 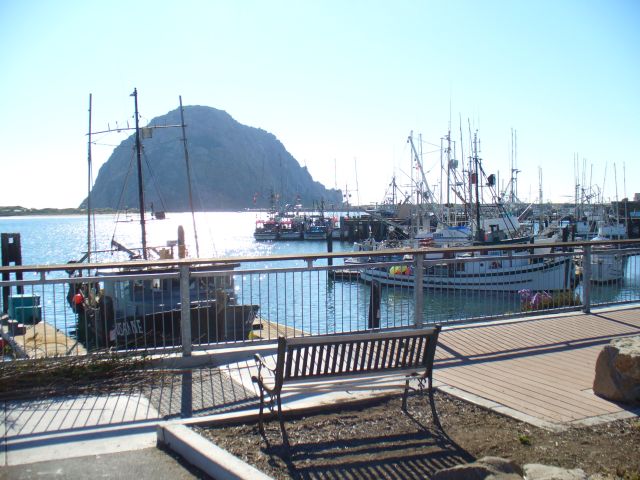 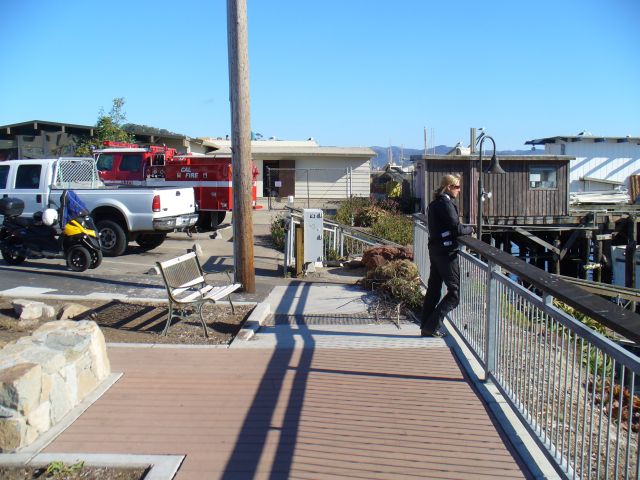 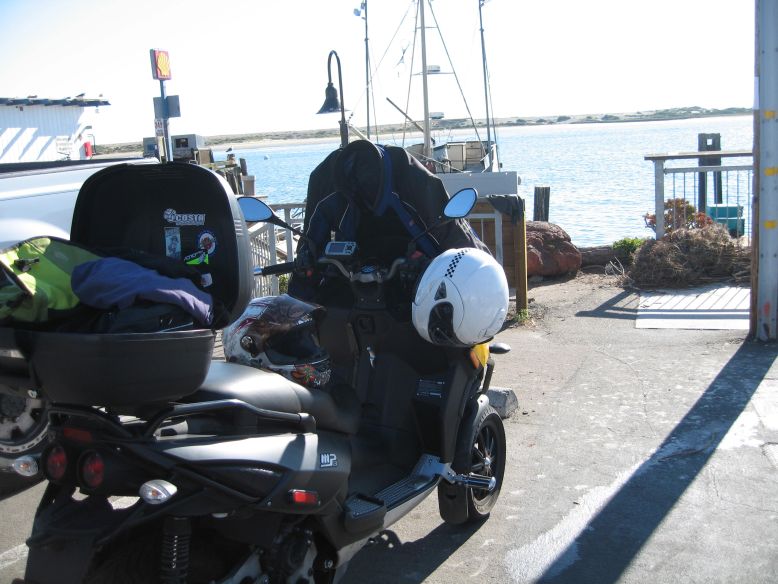 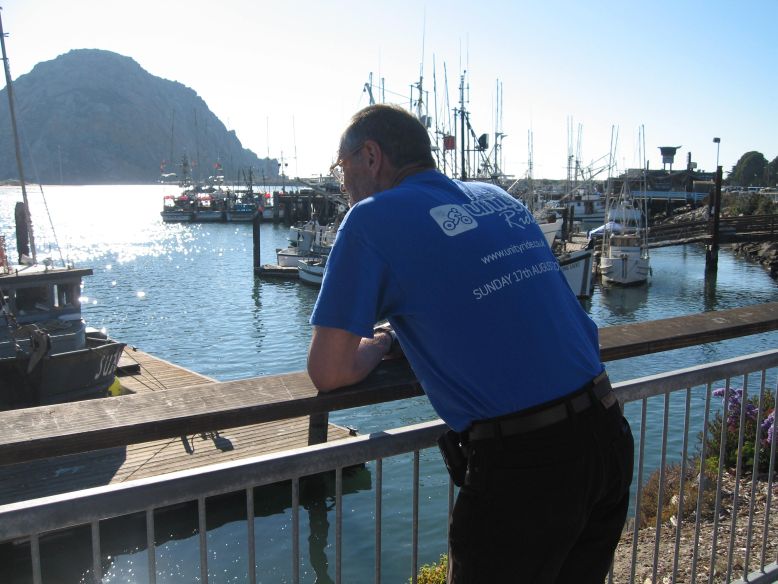 Just a few miles left until we arrived at Holly and Larry's house. A terrific welcome, and much wine was consumed that night! Quite late in the evening Kristin and I snuck out to have a ciggie - and spotted movement at the side of the garage, could it have been a small dog? A couple of encouraging calls and a delightful little puppy came sidling straight up to Kristin, obviously lost and confused. We took it indoors, and found a phone number under the collar. So a frantically worried couple's fears were put at rest, as the puppy had been missing for over four hours. :)

The next morning I did quite a bit of catching up on emails and things, consuming many mugs of tea in the process. 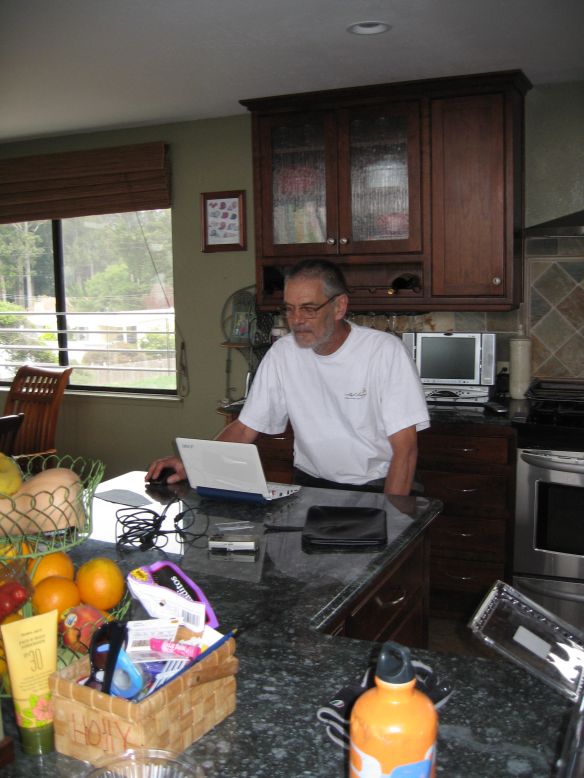 Ah, so that's the sort of tyre to use on sand! 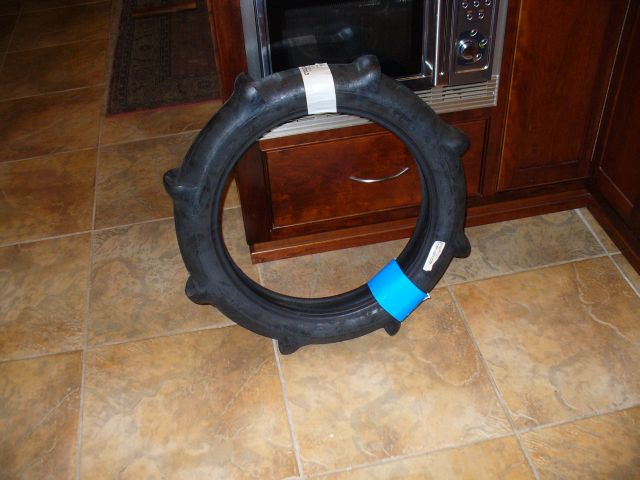 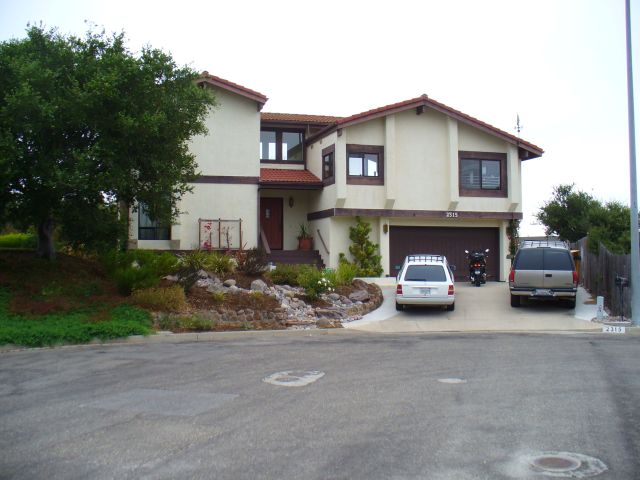